Here we are, party people. Smack in the middle of the DC Real Estate Soiree, known to locals as the infamous “Spring Market.” It is anything but fun for most of the partygoers.

Last Fall, there was a noted lull in activity. Properties were sitting on the market a bit longer than usual, and there were price reductions. Gasp. DC Real Estate hadn’t seen price reductions on listings for years! Was it a sign of things to come? Election, new administration, changes in government afoot, it seemed like it might slowly be winding down.

But someone burst open the door and the life of the party came back and it’s back with a vengeance.

In some typical water cooler chat, other agents have been sharing the familiar stories of buyers escalating $100,000 over asking price and still not getting their offer accepted.

Folks, it’s a bloodbath out there.

A couple weeks ago, my clients bid on a 1 bedroom condo in Logan Circle. They put an escalation in but were not the winning bidders. There were close to a dozen offers but 2 frontrunners duked it out in the $50,000 over-asking price range and the rest were barely out of the gate. My clients were in 3rd place. How did they feel about this? I didn’t let them even have a moment to ponder that because I learned that the two frontrunners aside, many of the other offers came in at about the same price and terms as theirs.

When I was reviewing the situation with them and explaining that they hadn’t won the bid, I told them they should feel great about what they offered. They said “But we didn’t get it.” But, I told them that when their bid is similar to everyone else’s, they probably nailed the value because everyone else came to the same conclusions. Just because two outliers bid the property way up doesn’t mean it was a good move. It may feel like it to those buyers right now but time will tell. My super-smarty-pants land developer husband always says, “There’s no winner in a bidding war. If I’m the winner in a bidding war then I paid too much.”

The price of a property matters most at two points in time – when you buy and when you sell. Like most others, I don’t see a crash of any type here in the District, but I believe we could go for several years with flat appreciation in some neighborhoods.

It’s easy for me to say these things though. I’m not emotional about property. For me, it’s business. If I didn’t get a house I would move on to the next one. But as a novice homebuyer many years ago, I recall having to take a long nap (Ok I went to bed early that night) after a crazy bid process where I didn’t win the place I wanted. It all turned out for the best though, because I ended up with a home I still own and still adore to this day. But it’s hard to paint a picture of the future for buyers when the present seems so discouraging.

In the last week since that bidding war I just described, I have had 2 more clients get outbid.

Parts of this process feel uncomfortable to me. I am pretty financially conservative and the freewheeling spending style isn’t my style at all. I always shop the clearance racks. I always get my Easter Candy after Easter when it’s half price. Just because it’s wrapped in pastel foil doesn’t mean that chocolate is any less delicious today than it was yesterday.

I told several buyers this week alone that bidding wars are never fun and they are never fair. You will pay more for the property than the seller would have accepted. But, this is the market and there’s not much anyone can do to “fix” it. It will fix itself. Or not. But now is not the time to show up on the scene expecting a deal or to offer less than list price because the price is “inflated.” It’s only “inflated” if no one wants to pay the list price, otherwise if someone offers it, then that’s the new market value. Sorry. It sucks. But it’s the “Come to Jesus” I’ve had to have more times in the last few months than I would like.

People who have been waiting it out for a couple years have watched prices rise out of their reach. It’s frustrating, discouraging and nerve-wracking. People who have been waiting it out from Fall, 2016 when there were price reductions and stagnant inventory and a potential election that may have killed the economy with the outcome now see properties escalating to crazy highs. They feel like the bus left in December and they missed it. But last December, those same people felt that they could wait and prices would come down even further. If this is proof of anything, it’s that no one can predict what will happen next in DC Real Estate.

One thing that won’t change in DC anytime soon is inventory. There just are not enough houses to go around for people who live here. That should tell us all something. 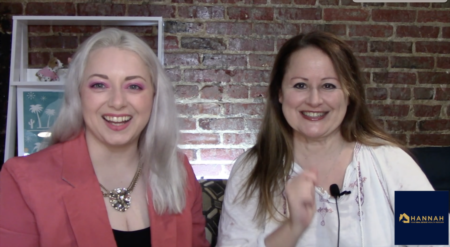 Melissa Terzis and I talk about four lies and one truth in real estate marketing. This is a fun one! 1. Lies as seen on Instagram 2. Lies as seen ...Read More 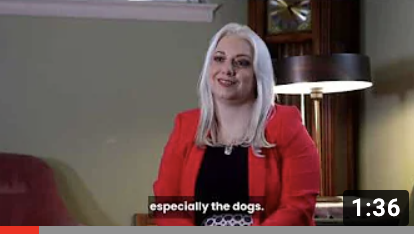 Your Real Estate Wealth Rescuer - What does it mean? What are we doing?

The tagline "Your Real Estate Wealth Rescuer" is more than just a marketing blurb; it is a window into what motivates me and how we can come together ...Read More 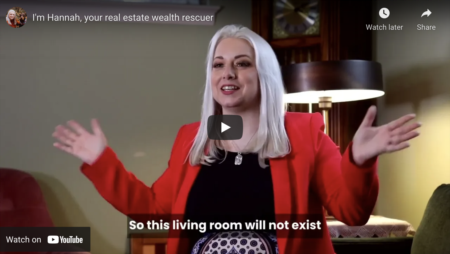 My name is Hannah and I’m your real estate wealth rescuer. And that’s Otto Leopold, my assistant manager, lifestyle division. I tell you ...Read More