Back to Blog Posts
Prev

In the Fall (of 2016, remember then?) the DC real estate market was having a breakdown of sorts. Buyers were changing their minds quite a bit. Historically, with the low inventory levels in Washington, D.C., buyers rarely walked away from a house they successfully placed under contract. It wasn’t unheard of for a buyer to change their mind. It happens. A night of sleep, a bad home inspection report, or condo documents that are too restrictive are all reasons buyers may cancel. They either get over those little hurdles and buy the house or they rescind the offer.

But in the the fall, there was a lot of indecisiveness in the market – much more than usual. I had several buyer clients change their mind – not just once, but up to a dozen times about buying the same home. They were debating the inevitable rise of interest rates with the lackluster selection of homes and it was a tough call.

With some of my clients, I thought it was situational. The homes in question had downsides and it was smart of my clients to recognize that and really consider the pros and cons. With one client, I pulled the old trick out of my hat, and asked, “Don’t think about the individual pros and cons. What is this house, to you, on a scale of 1-10?”

When she said it was a 7, I said, “Let’s go.” It wasn’t the house for her. No one should make that many compromises in my opinion to only get something that’s a 7 out of 10. She ultimately moved on and found a house she was excited to purchase, and negotiated so fiercely that she knows she got a great deal. It’s almost like those mediocre relationships you talk yourself into believing are right, but then when you finally break up, the next person you meet is fantastic and there’s never a doubt you made the right move.

This same process then played out with several more buyers, all in the same month, as well as several buyers for one of my listings. They want it. They don’t. They want it. They don’t. They wake their Real Estate Agent at 3 a.m. (not me) canceling their contract. Then bypass their Real Estate agent and email the listing agent (me) at midnight a few nights later, apologizing for walking away but saying they want it now and will pay over the asking price. Then they change their mind again and walk away.

My explanation for this sudden spastic mind-changing by so many buyers is rooted in one place and it was not the election. Sure, 95% of DC was stunned by the outcome. But a lot of people have jobs that are not tied to an Administration. The indecisiveness was fear.

Buyers were scared. A few months before the election, the email subjects were screaming “Price Reduced,” “Price Improved” or some variation that indicated a seller did not get the bidding war to which they had become accustomed. The tide started to turn, ever so slight, but it was indeed turning.

Everyone has been so conditioned to this long-time seller’s market that they are actually suspicious now of a price drop or a house that didn’t sell in the first weekend. And I’ve said it quite a bit, but buyers aren’t stupid. There are “Developers” all over the DC, Maryland and Virginia real estate markets, selling houses they’ve flipped. I put developer in quotes by the way because: see next paragraph.

I have a client who liked a home that went under contract in 2 days just this week. She wasn’t upset so much as just curious. After speaking with the listing agent to find out how he was finding the temperature of the market in this particular Northern Virginia neighborhood, it seems that the contract purchaser was watching this construction take place for the last few months and was very interested in purchasing as soon as it was available. But they were quickly disenchanted to see that the roof was as the end of it’s life and in need of replacement, and that the Water Heater and HVAC weren’t new either.

The worst thing a flipper/developer can do in this transitioning market? Cut corners. Buyers will know. They will always know. And if they don’t, but they have an agent like me? I’ll absolutely point it out to them. Because is using old rusted hardware on brand new doors a problem? No. But it signals that there are other, more expensive corners that were cut as well. And if the agent misses it? Well, the home inspector won’t.

So my friends, this is where we are. If you’re a seller, get on your game. Don’t try to sell problems to someone else. Fix the issues and you will make it back on the sale both in price and expediency. If you’re a buyer, we are in a slight transition. Feel free to take a day to think about it if that’s what you want. Rates haven’t gone crazy, it’s better to take a deep breath and think it through than to take a massive leap of faith and land in mud.

Hey, what’s happening in the DC Real Estate Market? Everyone I talk to has been asking this question, so as we head into the holidays, ...Read More 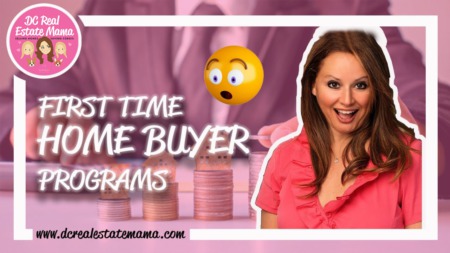 Are you looking for First Time Homebuyer Financing information in DC, Virginia, or Maryland? Are you wondering what you qualify for? Or, what are the ...Read More 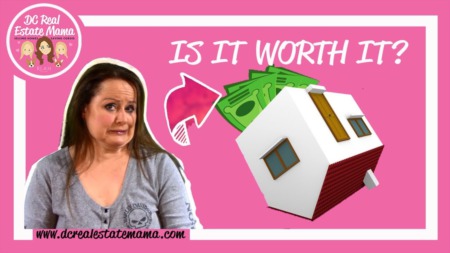 How to Flip a House in DC | Four Tips for Flips! | Living in DC

Living in the DMV and curious how to flip a house in DC? In this video, we’re going to talk about four things you need to know if you plan on ...Read More