When people say Dupont or Dupont Circle, they are likely referring to the entire neighborhood, which stretches 5-6 blocks from the actual circle.  19th, P, Connecticut, Massachusetts and, New Hampshire Avenues all bisect the actual circle making it a 10 spoke traffic jammed delight.

Dupont Circle is named for Samuel Francis DuPont who was a Rear Admiral during the Civil War.

Watch our Living in and Moving to Dupont Circle video here. 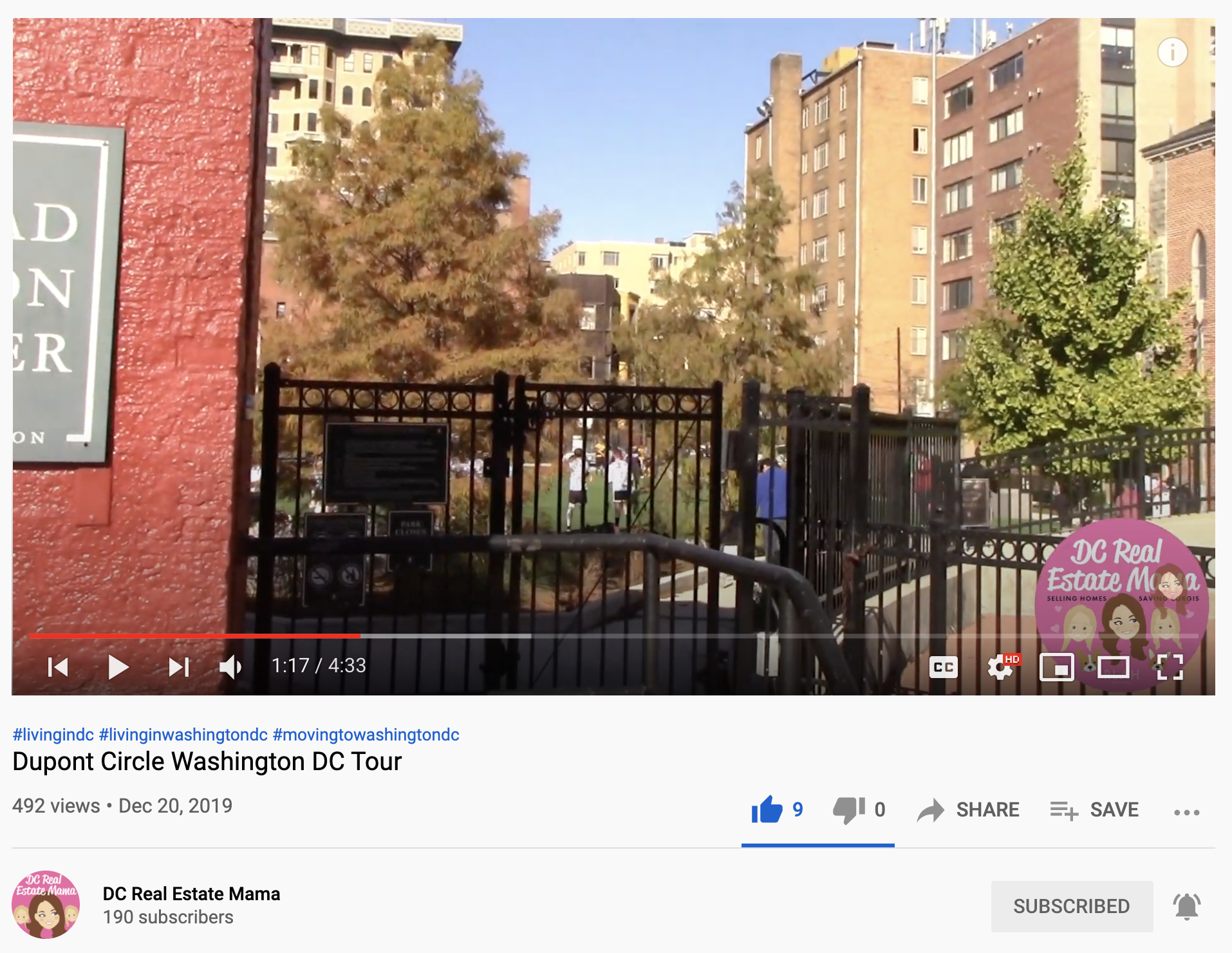 Included below are homes for sale in Dupont Circle. If you would like more information on any of these Dupont Circle real estate listings, just click the "Request More Information" button when viewing the details of that property. We can provide you with disclosures, past sales history, dates and prices of homes recently sold nearby, and more.

And, if you haven't already, be sure to register for a free account so that you can receive email alerts whenever new Dupont Circle listings come on the market.

Get to Know Dupont

North and east of the circle has a different feel than south and west which is the older part of Dupont, closer to downtown and more commercial. North and east are more leafy and residential – combining city living with walkability and streets framed with trees and parks. The northeastern parts of Dupont feed to Ross Elementary School, which is a small school with one class per grade starting at Pre-K at 4 years old. The southern part of Dupont goes to School Without Walls - Francis Stevens which starts enrollment at Pre-K 3.
The neighborhood has gone through several regenerations in the 150 years since development started. As the development of the city moved north from downtown in the late 1800’s, many wealthy families built their mansions right on the circle. As the development thrived, so did the neighborhood. The heyday continued for Dupont well into the 1920’s. Many of the residents lost quite a bit of their wealth in the Great Depression and their homes were sold and became commercial buildings or Embassies.

Dupont fell into disrepair in the 60’s but by the 1970’s became the epicenter of gay culture in DC.  In the 1980’s there was a punk music scene in full force in DC and Dupont Circle was a host to much of that music movement. Gentrification started in the 1990’s and by 2000, the neighborhood became highly sought after and prices started rising quickly for housing.

Dupont has settled in the DC landscape as an established neighborhood with stable values. The proximity to the red line metro coupled with the ability to walk downtown makes it highly desirable. No longer “trendy,” Dupont Circle is considered a solid neighborhood that has stood the test of time.

House types are rowhomes, condos and apartments. The rowhomes are Victorian in style and often include a basement that has been converted into a separate rentable apartment. There is Stead Park at 16th and P which has playgrounds and sports fields, an enclosed dog park at 17th and S and some very highly rated restaurants along the 17th Street Commercial District.

What to Do in Dupont

Check out the 17th Street Festival in the Fall, the Sunday Farmer’s Market in Dupont, the Pride Parade and the Tuesday before Halloween when the infamous high heel drag race happens on 17th Street.

Living in DC
Moving to DC PROS and CONS 2023 [EVERYTHING You NEED To KNOW!]
BY Melissa Terzis
View All Blog Posts
The information being provided by Bright MLS is for the consumer's personal, non-commercial use and may not be used for any purpose other than to identify prospective properties consumer may be interested in purchasing. Any information relating to real estate for sale referenced on this web site comes from the Internet Data Exchange (IDX) program of the Bright MLS. TTR | Sotheby's International Realty is not a Multiple Listing Service (MLS), nor does it offer MLS access. This website is a service of TTR | Sotheby's International Realty, a broker participant of Bright MLS. This web site may reference real estate listing(s) held by a brokerage firm other than the broker and/or agent who owns this web site.

The accuracy of all information, regardless of source, including but not limited to open house information, square footages and lot sizes, is deemed reliable but not guaranteed and should be personally verified through personal inspection by and/or with the appropriate professionals. The data contained herein is copyrighted by Bright MLS and is protected by all applicable copyright laws. Any unauthorized dissemination of this information is in violation of copyright laws and is strictly prohibited.